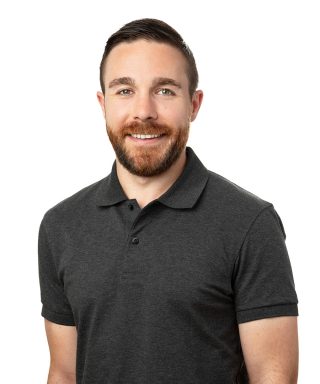 Mixed Martial Arts (MMA) is the world's fastest growing sport of the last 20 years.  This is largely due to the rise of the Ultimate Fighting Championships (UFC) and stars such as Conor McGregor, Ronda Rousey and Israel Adesanya.  Like all sports MMA poses the risk of both minor and serious injury.

Mixed Martial Arts (MMA) is the world’s fastest growing sport of the last 20 years.  This is largely due to the rise of the Ultimate Fighting Championships (UFC) and stars such as Conor McGregor, Ronda Rousey and Israel Adesanya.  Like all sports MMA poses the risk of both minor and serious injury.  Like all sports MMA has its own specific demons that we need to be aware of, and this starts with an understanding of the sport itself.  Ciaran provides his own personal insights from training in different forms of martial arts.

MMA is a combination of martial arts mainly comprising boxing, Muay Thai, Judo, and Brazilian Jiu Jitsu (BJJ).  Most people who start training try a variety of classes and after a while they tend to focus on one of the arts.  For example, I initially started training in kickboxing and Muay Thai. This was comfortable for me and I was interested in testing myself in grappling.  So I attended a BJJ class and was instantly hooked, the techniques and the detail which went into every single aspect pulled me in. Since then I have solely focused on BJJ.

For a lot of people the mere thought of entering an MMA gym fills them with fear, anxiety and intimidation.  This is due to the unknown and the expectation that these gyms are places of senseless violence. Since the beginning I have trained in several gyms in Ireland, England and in Australia and they have all been warm, friendly and very supportive of your training goals whether you want to fight, keep fit or just learn something new.

“I am afraid of getting hurt.”

This is a concern allot of people have which is understandable if you have watched the UFC.

However, these guys are professionals and their livelihood depends on results. Injuries are a part of sport it doesn’t matter if you’re a darts player or a professional fighter.  Training injuries are rare because you are in complete control. You are the one that decides what classes to go to. For example if you choose Muay Thai and only attend the technique classes then risk is low.  Risk will increase if you engage in sparring (super fun though) but again you are in control as you can communicate with your partner.  BJJ is also very safe as it does not involve striking and tapping out reduces the risk of a soft tissue or joint injury. When you begin training your coach will tell you to ‘tap often and tap early’. This is both to reduce injury risk and to enhance your learning.

As I said the potential for injury in training is there regardless of the sport.  Studies in martial arts show the frequency and extent of injuries increases depending on the level you are training.  If you are a casual you have a significantly lower chance of injury compared to a professional who is engaging in sparring with other high level fighters and also competing at a high level.  In my experience in the MMA gym most injuries have been mild in nature such as muscle and ligament strains. The most affected areas in BJJ are the elbow and knee due to the submission holds.  Again these can be reduced if you ‘tap often and tap early’

Examples of potential  injuries include;

Contusions; i.e soft tissue bruising.  These are pretty common in martial arts due to contact

Dislocation/Subluxation; although extremely rare in a training environment, when in an armbar for example if the participant does not tap out it is possible they may suffer a dislocation

Muscle strains; usually occur when the acute load of an activity exceeds the capacity of the muscle.  Example, it is possible to suffer an adductor strain if you attend a Muay Thai class with a heavy emphasis on kicking and you have not done kicking before or in a long time.

Ligament sprains; usually happens due to fatigue.  Ankle sprains generally happen during training due to the soft training mats and a likely underlying muscular weakness in the area.

If getting into martial arts is something you are considering I would highly recommend it, it sounds cliche but it will change your life.  If your already training, awesome!  If you have any niggles or injuries you are concerned about and are keeping you off the mats then contact us now!

Ciaran grew up in Ireland where sport played a large part in his life. His Bachelor’s degree in Sport and Exercise Sciences led him into a career in fitness where he worked as a personal trainer and strength and conditioning coach for Gaelic football teams.