April 9th 2017 is a date I will remember for the rest of my life. I know that sounds a little dramatic but I feel like the stars really aligned that day to make it quite unforgettable - and by “stars,” I mean “thunderclouds," and by “aligned,” I mean “exploded with fury,” and by “quite unforgettable,” I mean “totally miserable!"

“Make sure you enjoy it” were the words echoing in my mind as I waddled to the start line with the other thousand neoprene sea lions. The week before had been beautiful! Wednesday 25 degrees, bright blue skies, Thursday 27 degrees, not a cloud in sight, Friday 28 degrees, gorgeous…but you don’t have to be living in Melbourne long to realise that when you’ve had a string of such glorious weather, something quite sinister is around the corner. But just how sinister I think we were all quite surprised by…a day that shall now be known in the history books (at least amongst myself, my three pals, and our better halves) as MELBAGEDDON.

Having never completed anything of this magnitude in the past, me and two of my three mates had taken the training pretty seriously. I’ve always been a fairly competent runner, but the furthest distance I had ever ran in the past was a Half Marathon, and that was at least six years ago, so the thought of completing this again, AFTER swimming 1.9km AND cycling 90km was a fairly daunting prospect when I clicked the ‘REGISTER NOW’ button for Challenge Melbourne on October 2nd.

As far as swimming is concerned, if you’ve read my previous blog post you may remember that swimming is not my forte. As far as I’m concerned, human beings were given arms and legs not gills and fins, and I seem to have been blessed with legs made from Adamantium. (For those unfamiliar with the X-Men franchise, that’s the metal Wolverine’s skeleton is made from, a particularly heavy metal). I unfortunately was NOT blessed with his capability to produce large dagger like claws, which would have been quite useful in the unnecessarily aggressive foray that is Open Water swimming. 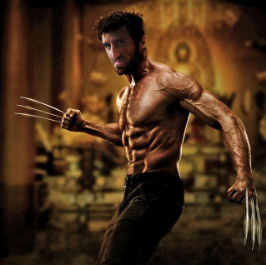 The first thing I did on October 3rd was book a “stroke correction course” as panic set in that I had just spent $300 to know the exact date of my own death.  I’d sworn to myself after all the effort I’d put into my swimming the previous summer to complete my first sprint Triathlon, that I would continue to swim once a week throughout Winter to make sure all that hard work wouldn’t go to waste. Needless to say from the months of March to October Prahran swimming pool was visited as many times as www.iloveswimming.com.au.

I could not recommend the Stroke Correction course highly enough for anyone else out there who swims like they’ve just been called out for a playground showdown by the school bully…head down, fists clenched, ruthlessly windmilling their arms around so fast they may in fact pull themselves out of the sockets. Over that six week period, I couldn’t honestly say that I had become faster in the water – I was still moving through the water like a snail who had accidentally placed a Ford Fiesta on its back instead of its shell, but I did feel ten times more efficient with my stroke (and was hopefully moving a little less like I’d had one). Slow and steady wins the race after all – well maybe not wins the race but hopefully at least finishes it!

It was however during my time on the stroke correction course that I was introduced to “Swimming Drills.” Now I don’t know what kind of deranged individual came up with these things… “now swim THIS length with YOUR FEET TIED TOGETHER!” Are you mental??!! Now that did NOT go well for old Wolverine legs over here, oh no…

It was also during this joyous time of my life that I was deceived into attending a Swim Squad. “You’ll be fine, there’s a beginners lane!” said our swim coach. At this point I’m imagining the beginners lane being a collection of all the people throughout your school years selected last in P.E., having previously been captain in these kind of scenarios this was SOME fall from grace. However, egos aside, I trusted this man, and I had already become very bored with dragging myself to the pool and doing lap after lap after laZzz Zzz Zzz, sorry fell asleep there. So I thought get to the pool, the coach tells you exactly what to do, swim session done, happy days!

Oh no, these were not happy days, these were very, very, sad days.  The thought of getting up at 5am to attend such horror was something I wasn’t even going to acknowledge, and with the psychological trauma I knew it would inflict I didn’t think it would be fair for the patients I would have to see in clinic after this horrific event – unless of course it had suddenly become appropriate to treat low back pain by sitting silently in the corner rocking back and forth sat in a puddle of your own shame.  A randomised control trial for another day perhaps.  So off we went to the Saturday morning squad.

I can honestly say the next 90 minutes of my life were some of the most traumatising I’ve experienced! But at the same time felt like a monumental psychological step in the direction of actually completing the half ironman.  The specifics of the session are a bit of a blur, suppressed into the darkest depths of my subconscious for a psychiatrist to unravel during my mid life crisis. The last thing I DO remember is looking at the whiteboard displaying todays “swim squad session” now, mental arithmetic isn’t a skill of mine I’d proclaim on the likes of a Tinder profile, but I added up those laps quicker than you can say “inappropriately tight speedos.” 2500m would be the TOTAL distance covered in todays session! The farthest I had previously swam was 1200m…and the “WARM UP” for this session was 1000m! My friend and I looked one another in the face and I’ll never forget the look of pure terror I saw in his eyes…desperately hoping this wasn’t in fact the reflection of my eyes, in his eyes.  That day, said friend and I bonded on a level I only ever thought possible having shared a battlefield…today Fitzroy swimming pool was our Somme…and we SURVIVED!

I think we ended up covering 2200m in that session! The overwhelming joy I felt when the session was over could only be outdone by the all consuming level of fatigue I had in both arms. I’m fairly convinced for the last 500m I was overtaken by both a dead wasp AND a used bandaid, but “who’s laughing now dead wasp!” I thought in my severely dehydrated, borderline delusional and exhausted mind. Was the swim squad beneficial? Undoubtedly. Am I glad I went? Absolutely. Will I ever return? Never in a million years!