Couch to 5k or C25K is a great program to introduce people to running. It suits people who have never run before, or are getting back into running after injury, illness or an extended holiday from running.

The original Couch to 5k was written by Josh Clark in 1996 after his experience of starting to run. Clark had a few false starts along the way, but finally found his way to enjoy running and he wanted to help other people get there too. He developed Couch to 5k with his 50 year old Mum in mind. She wanted to improve her fitness, but had always hated exercise. Clark worked on the idea of pushing the individual just out of their comfort zone to get an adaptation, but not so much that it hurt and put them off from ever running again. He knew that the program needed to be interesting and provide a sense of accomplishment, so that people would stick with it and achieve the end goal of running 5k or for 30 minutes. 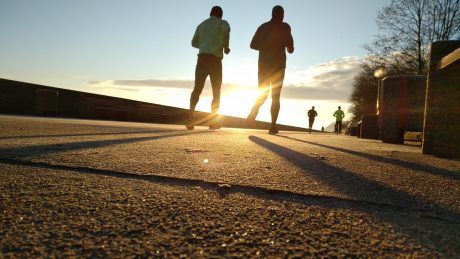 The initial program was based on time running, rather than distance, to ensure people could walk and run at their own pace and gradually progress. There are now both time and distance based programs, so the individual can decide what suits them. The sessions are 30 minutes in duration, three times a week over a nine week period. That is 27 running sessions or 13.5 hours to go from couch potato to running for 30 minutes (or 5k).

Millions of people have used Couch to 5k, and it has now been translated into at least 28 languages. There are online support groups, podcasts, Facebook communities and health organisations guiding people through the Couch to 5k process. Critics have raised the point that not everyone is going to be strong enough to start running without doing some basic strengthening first. It has been suggested that there should be a strength plan to go along with the Couch to 5k and many fitness companies have taken this approach. At Pure Physio, we work with our patients to build movement control and a strength foundation before returning to or starting running or other sports. However, we also encourage our patients to get active, so if you only have 30 minutes, 3 times a week, you want to run and you need the motivation and support to get off the couch, Couch to 5k is a great option. 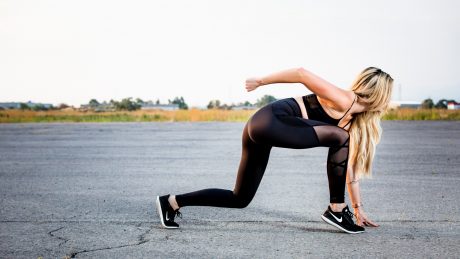 There are now lots of different apps out there to get you from Couch to 5k, such as ‘Zombies, Run! 5k’, ‘Ease into 5k’, ‘Pooch to 5k’ as well as the original Couch to 5K.  Whatever app you prefer, the idea is the same, a gradual progression to allow your body time to adapt to the requirements of running and improve your fitness.

Some people may need longer than 9 weeks to get through all 27 sessions due to illness, life events, weather or whatever else life throws at them. So, if you are keen to get off the couch and get running, get down to your local running store to be fitted for some comfortable running shoes, download the app and put one foot in front of the other.

If you would like help in your running journey, the team at Pure Physio are here to help.